Creating the future: The next generation of directed self-assembly

Semiconductors created from silicon make the magic of modern electronics possible by creating a platform for the complex processes that allow engineers to fabricate a staggering number of transistors on microchips. Advances in microprocessor technology have largely relied on the ability to make smaller and smaller transistors. Directed self-assembly (DSA) is a chemistry-based patterning process that holds the promise of allowing lithographers to create even smaller features by playing on the natural propensity of block copolymers to self-assemble and align.

However, the benchmark block copolymer (BCP) material currently used in DSA has limitations. PS-b-PMMA, a block copolymer of polystyrene and polymethylmethacrylate, preferred for its ability to generate lines or other features using a thermal annealing process, can’t create features of less than 11 nanometers. To overcome that limitation, DSA researchers have looked to develop high-chi BCPs that would facilitate the formation of structures smaller than 10 nm. Most high-chi BCPs, however, require the use of topcoat or solvent annealing to create features smaller than 10 nm — requirements that further complicate an already complex process and contribute to new potential sources for defects.

A team of Brewer Science researchers has developed high-chi BCPs that can produce pattern features as small as 5 nm without the need for topcoat or solvent annealing. Our researchers have been able to successfully prepare, control, and optimize high-chi BCPs that can form lines and spaces as small as 5-10 nm through a simple thermal annealing process in less than 10 minutes.

Even more exciting, these high-chi BCPs are diblock copolymers with organic polymer blocks that can be easily manufactured through two-step controlled radical polymerization reactions. These BCPs can also generate cylindrical forms or thin layers, which we can orient through thermal annealing alone.

Studies on pattern transfer by dry etch and DSA alignment of high-chi block polymers are still ongoing, but Brewer Science’s discovery could move the entire industry forward. These new BCPs could significantly advance the development of DSA as a next-generation lithography method by simplifying the previously complex process of creating ever-smaller nanostructures.

Related Posts
From the Bottom Up: Making More Room with Selective Surface Modification 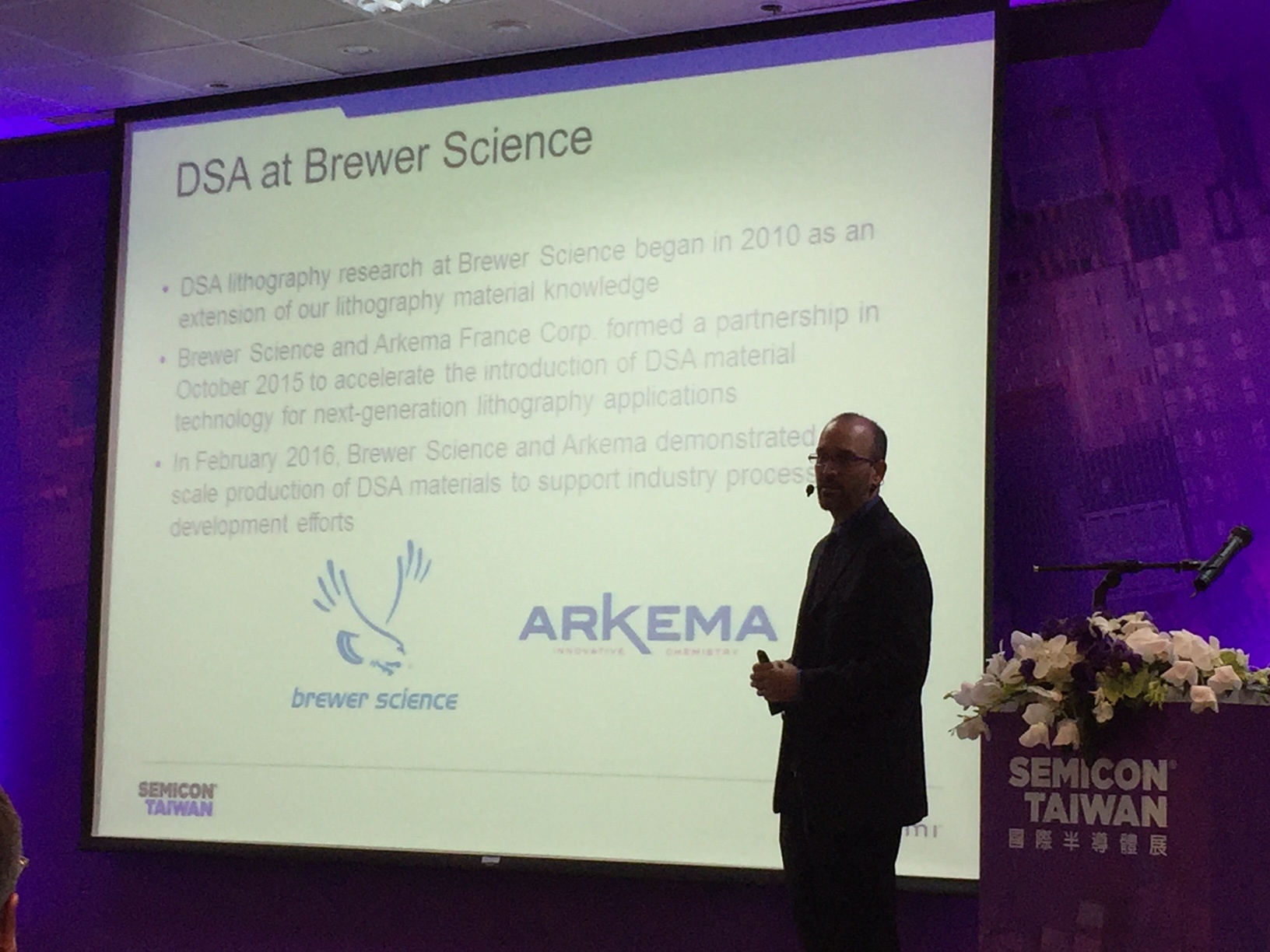 DSA: How far we've come and how much farther is left to go

Finding Nano: Where Will DSA Lead Us Next?