One of the most critical variables in spin-coating processes is coating uniformity. In many cases, engineers are challenged with achieving ultralow total thickness variation at high film thicknesses while conserving expensive materials. To achieve such a highly uniform coating, automated control of the solvent vapors is essential. A closed bowl environment combined with a programmable exhaust module allows the solvent vapor concentration to be precisely controlled at various stages in the spin-coating process.

Typically, creating a solvent-rich environment is optimal for the initial dynamic dispense. This step is often accomplished through a prewet dispense step that is performed immediately before thick-film deposition. The step consists of dispensing a small volume of solvent onto the substrate surface, which quickly casts the solvent onto the interior bowl surfaces. This preparation has the dual benefits of increasing vapor enrichment in the spin chamber and prepping the surface of the substrate for optimal spreading characteristics. The spin chamber exhaust is typically programmed to 0% flow during this phase, which mitigates the risk of solvent evaporation prior to the dispense step.

The next phase, the dynamic dispense step, uniformly spreads the coating material across the wafer surface. The material is applied while the substrate is spinning at relatively low speeds of 200 to 500 rpm. The dynamic method enables optimal coverage of the surface area while minimizing the overall volume of wasted material. In many cases, viscous materials for thick-film applications will be delivered through a positive displacement pump and will have maximum shot sizes of 16 to 20 ml of total volume. Following the deposition step, the spin speed is slowly ramped to establish the final thickness. The programmable exhaust control plays a significant role in determining the speed required for the desired thickness. Depending on the material composition, molecular weight, and viscosity, the exhaust is generally throttled at 0% to 50% closed. The combined effects of spin speed, vapor concentration, and time will determine the final coating thickness.

Typically, the casting process is followed with a longer drying step to remove residual solvents and increase the physical stability of the film. Thin-film applications often utilize a higher spin speed for this effect; however, many thick films must remain at the casting speed and/or slow to a lower speed to prevent additional thinning. We recommend the programmable exhaust be set at 100% during this phase to assist in faster solvent evaporation. This setting provides the additional benefit of removing the residual vapors from the chamber before the tool operator opens the lid at the conclusion of the process. 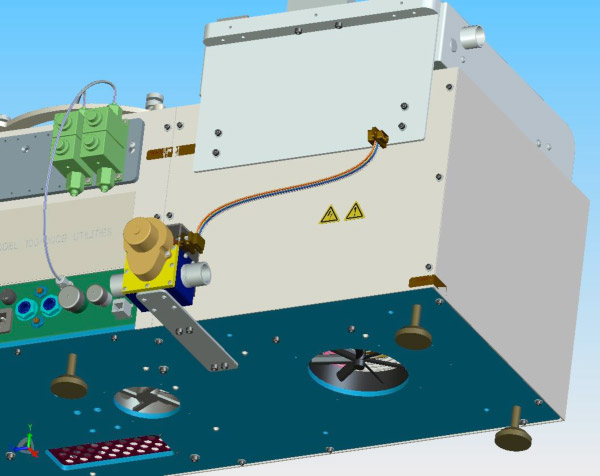 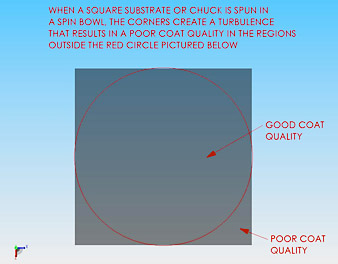